12-05-22: We've released a few actionable features that you asked

1. Define the range of cells for the imported data in Google Sheets

As some of you know, Coupler.io allows you to select the start cell for the data imported to Google Sheets. For example, instead of A1, you can choose C1, and the imported records will start populating the cells starting from column C to the right leaving columns A and B blank.

With the latest release, this feature was upgraded and now you can also specify a range of cells where your data will be imported. The benefit of this upgrade is that you can insert data in any place of your sheet without data erasing to the left or to the right.

Mind that the data inserting logic differs depending on the selected import mode:

For more on this, check out our Help Center.

2. Define a columns schema for the BigQuery destination table

By default, Coupler.io automatically detects schema for the data you import to BigQuery. From now on, you can define a custom schema for your records. To do this, you need to toggle off Autodetect table schema and enter the desired schema into the Columns schema field.

Read how to generate a schema for your BigQuery table in our Help Center.

In 2022, the Coupler.io team has already released several new sources from which you can export data.

If the source you need is not on the list, click Suggest a new source and let us know about it. You can do this right on the Sources page.

4. Other tiny but valuable improvements 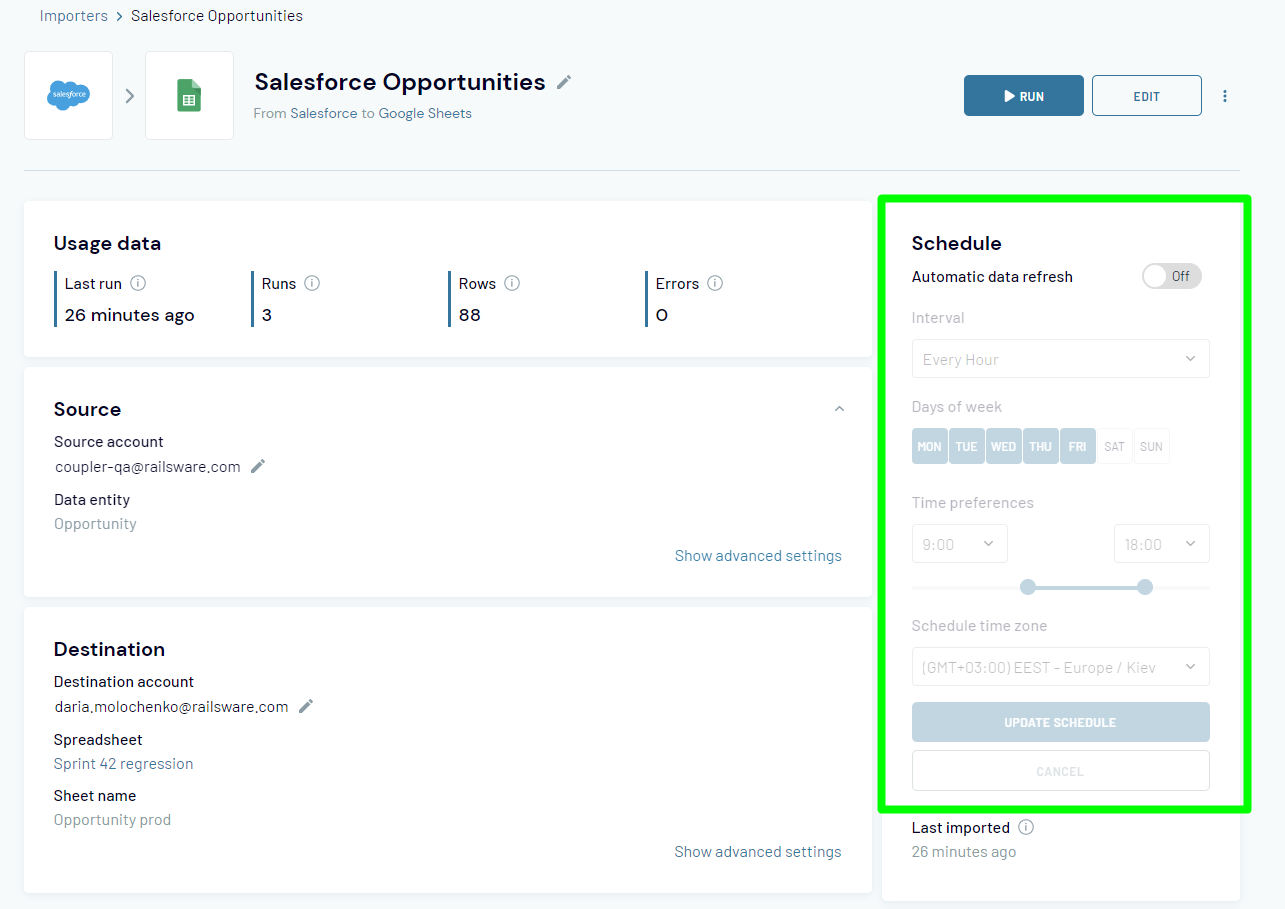 We expect many more releases soon, and do you? :) Stay tuned!

Did this answer your question? Thanks for the feedback There was a problem submitting your feedback. Please try again later.
Last updated on May 11, 2022